The historic Union Street Railroad Bridge, originally built across the Willamette River in 1912-13, now serves as a pedestrian and bicycle bridge and connects parks in West Salem and downtown.

Bicycle and foot commuters from West Salem can reach downtown and the Capitol Mall on a safe, pleasant, traffic-separated route. Cycle tourists riding along Oregon’s Willamette Valley Scenic Bikeway System can glide along this convenient, picturesque corridor to discover and explore Salem’s riverfront, downtown, and parks. In the event of a highway bridge closure, the deck for the pedestrian bridge can carry the City’s emergency vehicles.

The Union Street Railroad Bridge was designed in the early 20th century by Waddell & Harrington, for the Falls City & Western Railway. It was built across the Willamette River in 1912–13 to connect Salem to the West Willamette Valley. A lift section was included because the Willamette River was heavily used for shipping at the time the bridge was built. The lift span can no longer be opened and closed. With permission of the U.S. Coast Guard, which manages navigable waterways, the bridge has been permanently closed since 1980. Rail service had not been available since the 1990s

It was adapted for re-use as a crossing for pedestrians and bicycles over the Willamette River in 2009. The restoration architect and engineering firms responsible for the work were HDR Inc. and OBEC Consulting Engineers. The bridge is owned by the City of Salem. The project was made possible by cooperative financial support from the state and city, and when cost estimates exceeded the budget, by The Friends of Two Bridges, a local citizen action group.

Listed on the National Register of Historic Places in 2006, the restoration of the Union Street Railway Bridge earned the following awards:

Counting traffic on the Union Street Railroad Bridge allows the City to track changes in how the bridge is used and to plan infrastructure improvements. 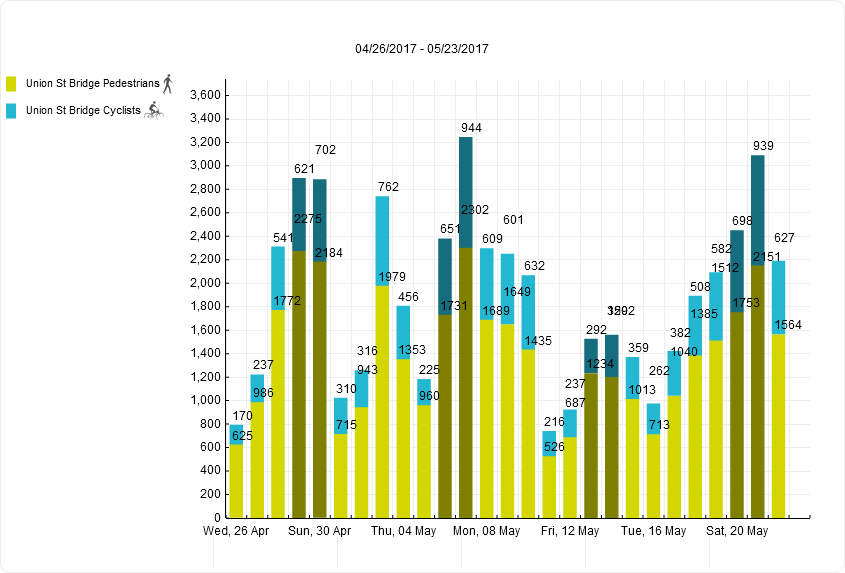 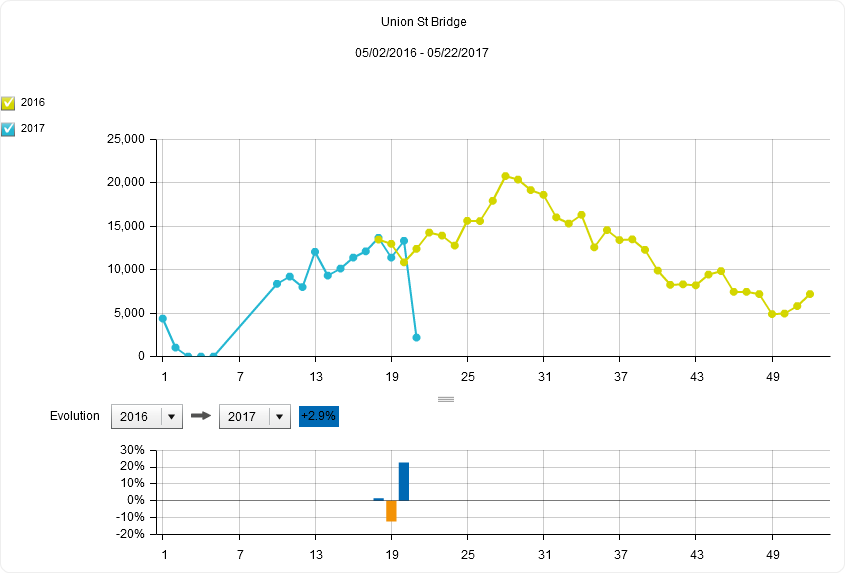 The underlying paint on the bridge does contain some lead. However, the lead-based paint was encapsulated in April 2010. The encapsulation process included carefully removing and disposing of all loose paint and then painting over the structure with a durable lead-free coating.

The City’s initial purchase from the Union Pacific Railroad included a $550,000 gift to see a long-term maintenance fund. Major maintenance work should not be required until 2027, allowing the fund to grow. Day-to-day cleaning and small-scale maintenance is the responsibility of the City of Salem Public Works Department.