Whether on two wheels or two feet, for exercise or your commute, the interest in self-propelled transportation is growing in Salem as our City grows.

Our location at the center of the lush Willamette Valley and our temperate climate invite residents and visitors to make active transpiration a more viable option throughout the year – and that's a good thing.

More people getting around the city on bicycle and on foot can help limit traffic congestion and vehicle emissions, important considerations in a growing city.

Improvements with Bikers and Walkers in Mind

The City of Salem continues to add new trails and new safety features on existing roads and in parks to help cyclists and pedestrians move more safely through the community.

From the 29 miles of trails at Minto-Island Brown Park to the Winter-Maple Neighborhood Greenway that connects Salem Parkway to downtown Salem, walking and bicycling in Salem is growing easier and safer.

Over the past several years, we've also added crosswalks and pedestrian crossing islands, made improvements to intersections, and installed speed humps throughout Salem to be more friendly to bikers and walkers.

Many of the improvements come from the 2018 Pedestrian Safety Study, which looked at crash data, police reports and field operations across our community.

Here are some examples of completed upgrades that make it safer for bikers and walkers:

You will find many other current and future improvements in the City's five-year Capital Improvement Plan.

If a path or trail is identified in specified adopted City plans, developers must generally construct that path or trail through their site or provide an easement or dedication.

Salem's busiest intersections are getting new safety features designed to reduce crashes by encouraging drivers to slow down.

We are adding photo enforcement cameras to four new intersections this year as a way to discourage speeding and stop drivers from entering intersections on red lights.

Three such cameras have been in place since 2008. Since they were installed, Salem has seen a 92 percent decrease in traffic crashes at those locations. New cameras planned for fiscal year 2020 include the intersections of:

Speed plays a major role in motor vehicle crashes. The goal of the cameras is to improve driver behavior and safety for all modes of travel at the City's busiest intersections.

We welcome your suggestions on how to improve safety. Tell us if you see an area where regular traffic violations or speeding occurs, pedestrian crossings need an upgrade or the area could benefit from other road or sidewalk improvements. Ideas already in the works are listed on the Map of Requested Projects. Please choose one of the options below and let us know when you see other needs: 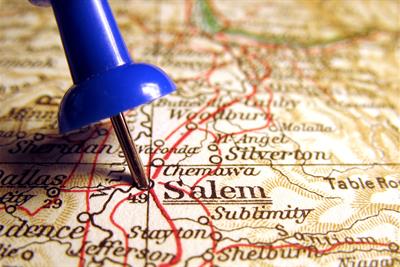