The artist’s approach to this site is highly influenced by the architecture present. Elements of play and perception are important for the artist to communicate, aiming to give the viewer moments of pause and reflection. The artist hopes the work opens up ideas in the viewer of future forms of structure, contemporary visual interaction with our environment, and the promotion of unique abstract interpretations of our communities.

The work reinforces the transformative nature of place by drawing attention is to its innate, and sometimes invisible structures. This bold graphic solution echoes the most simplified of elements of the surrounding area to make a strong perceptual effect. It both identifies prominently the architecture it exists on while offering a more visual experience that aims to multiply and dislocate traditional architectural physicality.

In general, it breaks apart monotony to give a unique reflection of the surroundings in a formal context, presenting the locale in a more dynamic moment. 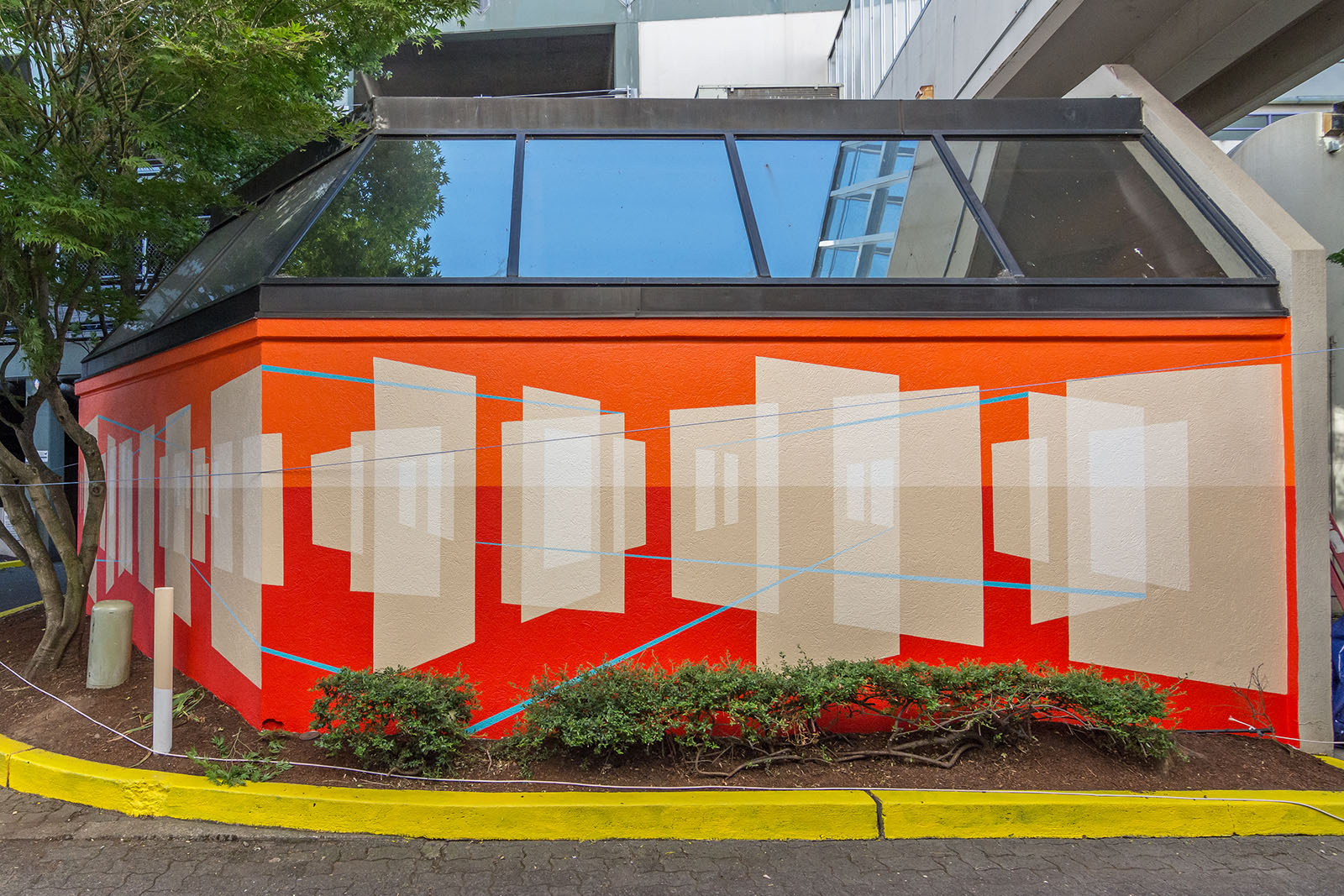 The artist hopes the work opens up ideas in the viewer of future forms of structure, contemporary visual interaction with our environment, and the promotion of unique abstract interpretations of our communities.

The artist’s work honors Salem’s own Waldo Park, the smallest redwood park in the world. The redwood tree encompasses the canvas of the stairwell and includes Pileated Woodpeckers, which are often hidden and rarely seen. By featuring the woodpeckers, the artist’s intent is to conceptually mirror the discovery of this mural and add an energetic narrative to the concept. The work also features pop graphics to symbolize the pinecones leaving the tree for growth and development. 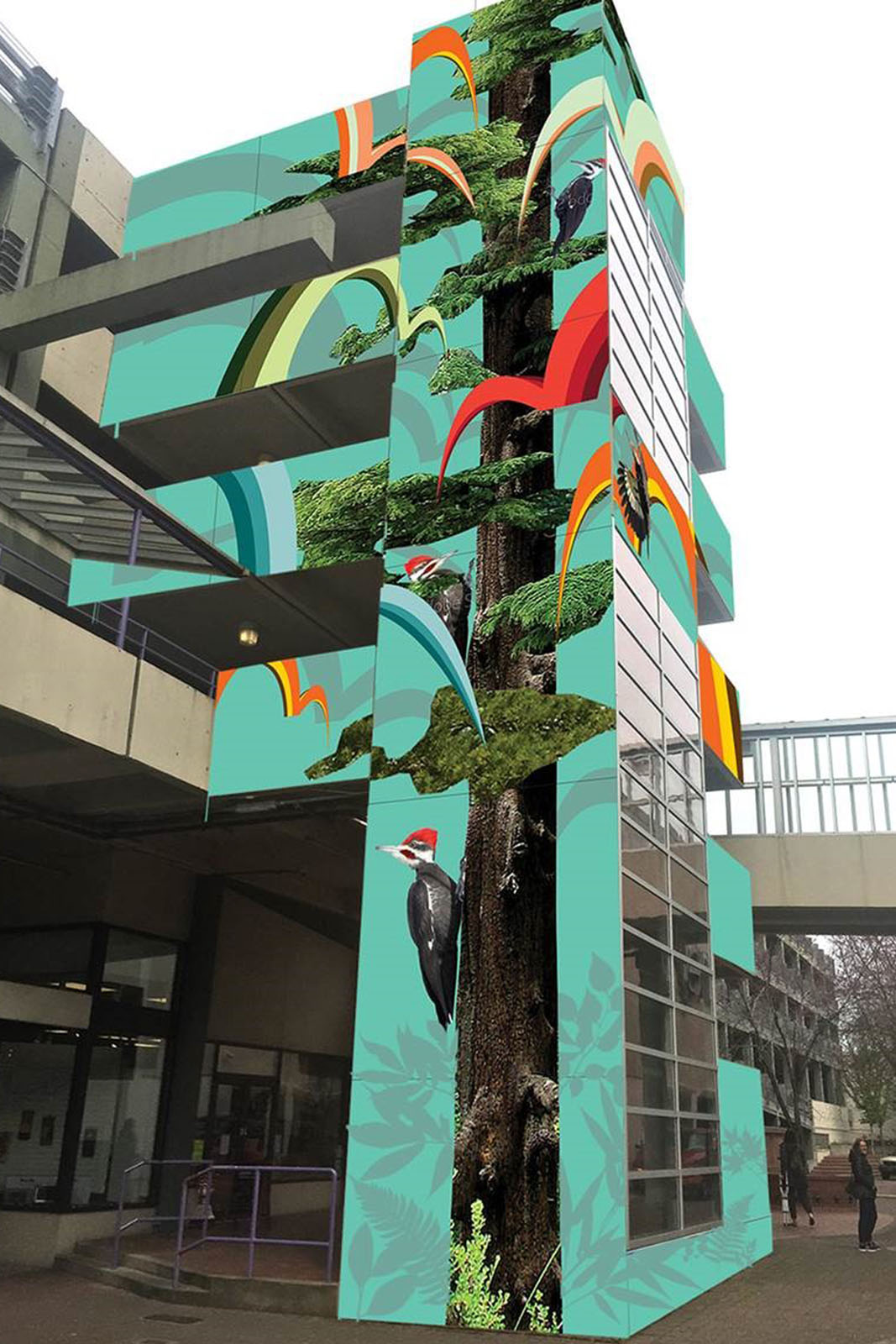 The mural honors Salem’s smallest park, home to an Oregon Heritage Tree. When it was recognized by the Oregon Heritage Tree Program in 1998, the Waldo Park sequoia tree (sequoiadendron giganteum) was 126 years old, approximately 85 feet tall and 22 feet in circumference. Planted in 1872 by Judge William Waldo, the son of an 1842 pioneer, many have worked over the years to save the tree from the encroaching street system. In 1936, the Salem City Council declared the site, a 12 x 20 foot plot of land, a City Park.

Created by James Mattingly, this mural was originally painted in 1984 and restored to full color again in 2014. It honors the long-standing role that the Elsinore Theater has had in Salem’s history, and pays tribute specifically to Theda Bara, Marlene Dietrich, W.C. Fields, and Charlie Chaplin, as icons of cinema and vaudeville. The restoration was a community-coordinated effort through Friends of Mattingly's Mural, in partnership with the Elsinore Theater, and restoration artist Dan Cohen.

In Salem, the Public Art Commission is charged with the selection, acquisition, commissioning, and deaccessioning of public art in the City’s collection that gives preference to Oregon artists.